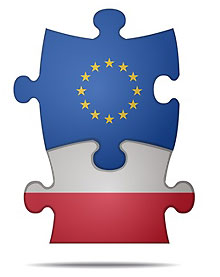 The partner of the Polish TRA member Intertax, Boguslaw Kedzior, attended a VAT conference organized by the national Ministry of Finance in collaboration with the European Commission in Warszawa von September 9th, 2014.

The following topics were discussed in detail during the conference:

There were also three discussion panels during the conference devoted to the presented topics, during which the participating in the conference representatives of business from Poland and many other EU countries asked the speakers questions that expressed their doubts / concerns related to the changes in VAT in 2015 and the functioning of the MOSS system.

What is a digital service?

Who is making the supply? The meaning of Article 9 A.

Unfortunately, probably it will not be possible to avoid contacts with the tax authorities of each country to obtain their opinion on the given transaction. In 10/2014 a separate website devoted to the place of taxation will be launched by the European Commission. Unfortunately there is no mechanism which would resolve conflicts causing double taxation. However, the Commission optimistically assumes that the fact that all countries have accepted the Explanatory Notes, will cause that there will not be many conflicts and disputes in this area.

Who is the customer?

The supplier of telecommunications, broadcasting and electronic services may regard any customer who does not provide him with a VAT identification number as a non-taxable person.

How to determine the place of consumption? Use of presumptions.

The presumptions are intended to offer some flexibility in terms of future IT developments.

“New European Union VAT Rules for Telecommunication, Broadcasting and Electronic Services – What you need to know” – event in the USA on September 16, 2014.

Alessio Nardi (DG TAXUD, EC) announced at the end of the conference, that soon the representatives of the EC will go to Santa Monica to encourage American companies to disclose and declare to the EU tax authorities transaction under the new VAT rules in 2015. Let us hope that these incentives will meet the expected positive response of the American business.

The comments by Boguslaw Kedzior

“In my opinion, the representatives of the European Commission too optimistically assumed that the introduction of the new rules will not issue any major obstacles for the business. The problems are arising / are already visible right now, before the implementation of the new rules. Additionally, they are visible in both in the area of determining the place of taxation as well as the MOSS functioning. Some situations practically have not been envisaged by the law. The examples were reported by the participants representing business during the discussion panels. However, statement of Donato Raponi, Head of Unit, VAT and other Turnover Taxes, European Commission addressed to the representatives of the tax administration had optimistic tone: “If the entrepreneur acts rationally, this shall be respected.” I hope that this recommendation will become the motto for the tax authorities of different countries, members of the European Union.”, Boguslaw Kedzior from the Polish TRA memberfirm Intertax summarized his impressions from the Tax Forum with the European Commission in Warzsawa.